“In recent years, we have seen fashion take significant steps to overcome its ingrained prejudices around skin colour, age and body representation. However, one old misconception is proving especially enduring: the one around the word ‘assistant’,” asserts fashion stylist Brais Vilasó. He is an expert in the field: along with art director Xim Ramonell, he co-founded Assistant magazine, an independent publication issued from 2013 to 2018. The aim was to give voice to talented fashion professionals “who work away from the spotlight”. These “unsung heroes of the industry” have included many young professionals who took their first steps in the world of fashion as assistants. “The reductive connotation of this word has always worked against us,” Vilasó acknowledges. “Most young assistants have declined our offer of portraying them in the magazine as such, fearing it would damage their image. I guess the idea of being filed as ‘aide’ in a public database still scares most junior professionals to death.” Some of the most recent success stories in fashion prove how unfounded this apprehension is. “ have reached the top of the pyramid at Gucci and Balmain after years of honourable service as right-hand men to the brands’ former head designers. Virginie Viard worked in the shadow of Karl Lagerfeld for three decades before succeeding him at the helm of Chanel,” Ramonell points out. “And even if you never make it to the top, a career as an assistant to a famous person can be very fulfilling, and offers many advantages as well.” The captivating interviews with notable senior assistants in the magazine – such as Nicola Majocchi and Bruno Bugiani, assistants to Irving Penn and Gianni Versace respectively – serve as proof of this. “On a more positive note, fashion professionals working behind the scenes have gained significant visibility recently,” Ramonell remarks. “In the Instagram era, brands feel the urge to engage with their followers regularly, which leads to an explosion of ‘making-of’ videos that bring more of the real process, real jobs and real faces to the surface. Another positive trend sees young professionals receiving more attention than ever. When we put Maisie Williams on the cover of our first issue it was intentionally provocative – at the time she was a little-known teenage actress in the cast of a brand-new TV series. Today, celebrating young career starters is commonplace on magazine covers. We are also pleased to see influential magazines giving them significant responsibilities. In 2013 we’d have laughed if we’d been told that an emerging photographer would shoot Beyoncé for the cover of American Vogue’s September issue. Last year, 23-year old Tyler Mitchell got the gig, pulverising another prejudice.” Will the preconceptions surrounding the word “assistant” be the next to fall apart? 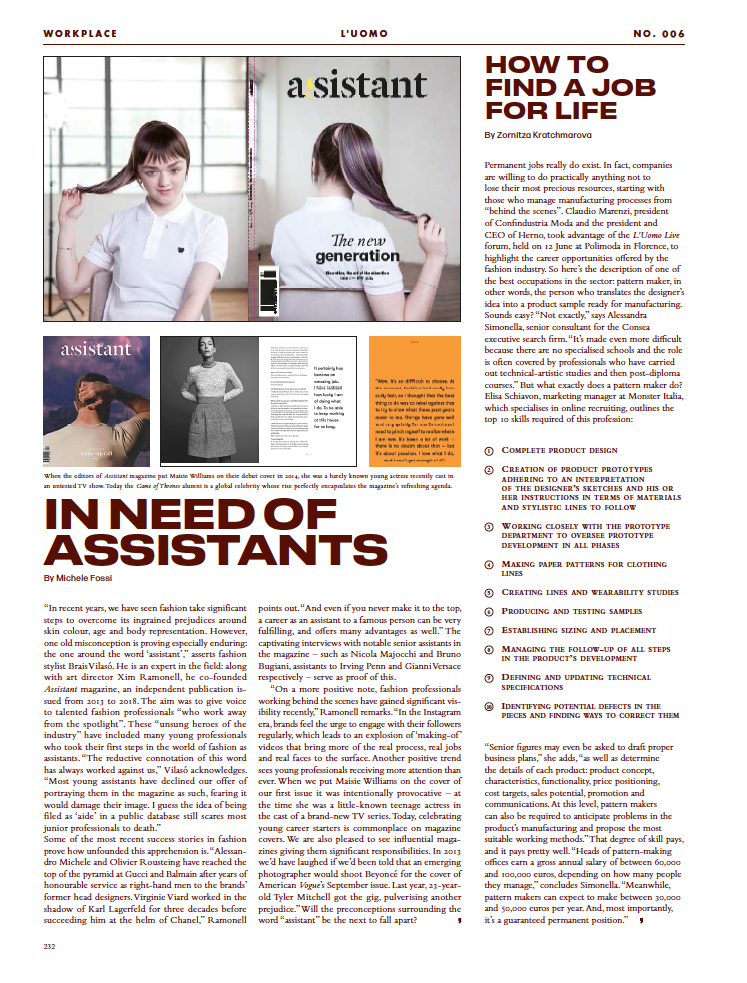 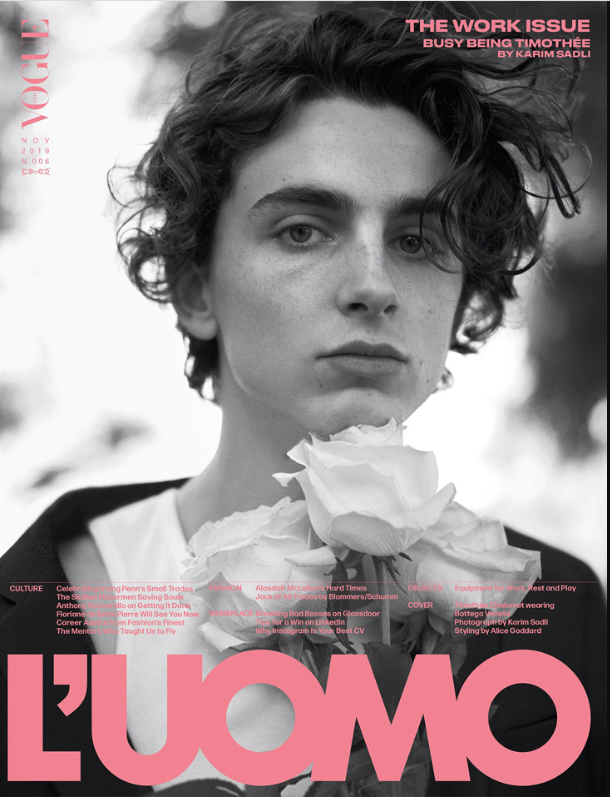